Our family left Kenya 8 weeks ago, heading roughly west to Portugal for Will’s senior trip. Almost 9 years after leaving Dallas to start a new life in Kenya, we had just celebrated his July graduation from Rift Valley Academy. Emily’s decision to come home from Stanford for the summer, beginning in June, had already helped set our heart thermostats on warm, reviving a climate of laughter and unfettered love in our home that we’d all needed for awhile. By the time our plane lifted off for Lisbon on July 28, the high stresses we normally tolerate had dissolved. Instead gracious affections took their place, borne of the unique anticipation that surfaces at the start of a long break in the fleeting company of one another. 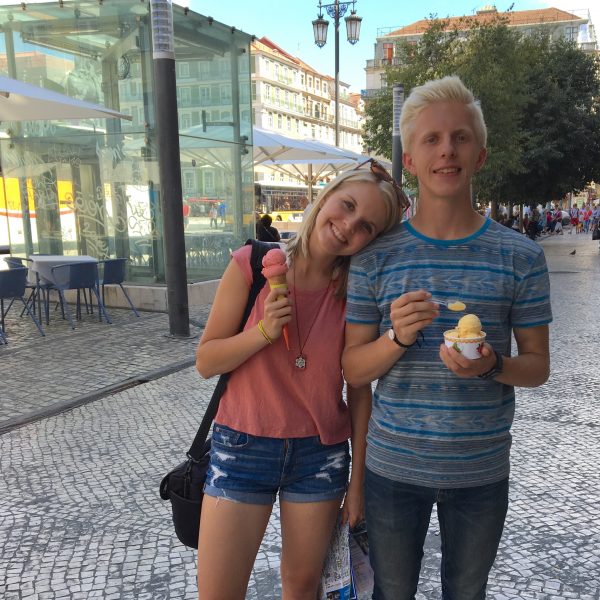 We spent the final 4 days on the southern Portugese island of Madeira, which lies closer to the coast of Morocco in West Africa. In 1838, while Madeira was still under the rule of the Roman Catholic Church, Robert Reid Kalley, a Scottish Protestant missionary physician and his wife set sail for China. They were intent on sharing the love of Christ there. According to information from archives in the Library of Congress, historical books, and online summaries: 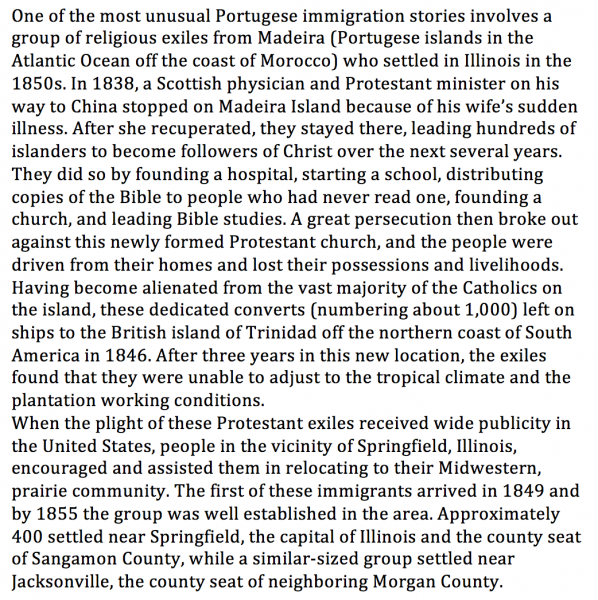 Specific ship logs document the departure of Emanuel Mendonca and his wife with these newly converted Christian exiles. They boarded ships with their families and friends to cross the Atlantic, leaving everything they knew in Madeira, and counted it all loss for the sake of worshiping Christ freely. Emanuel’s son, also named Emanuel, later married Julia Correa in Illinois, and from this union came our family line in the US. The people of Madeira still know the history of the exiles today and the name Mendonca remains common on the island. Furthermore, during our visit, I saw hints in the islanders as to the origin of the fortitude, the principled character, and the gentleness of my own father Robert Eugene “Gene” Mendonsa, who is now 88. Will and Emily grew in appreciation for who they really are during this visit, by learning firsthand that they have solid and meaningful roots connected to historically significant people and events.

Next we spent 3 days, moment by moment, doing little else but sharing the soft and unhurried pace of my dad Gene in Plant City, Fl. His unconditional love and patience in the midst of the challenges of his aging reminded us to stay calm, and allowed us to see the future with a more balanced view about our own trials. I especially enjoyed watching the easy kindness that flowed between Emily and Will and Dad. A few weeks later, Gene Mendonsa repatriated, becoming a Texan again after 20 years. His 5 children and their spouses helped in various ways to get him moved in and feeling comfortable at Arbor Terrace, an independent living center in Kingwood, which is a few minutes away from my sister Leslie’s home. I spent some memorable days in Kingwood, where I witnessed the energy and adaptability he has for an octogenarian. Dad immediately befriended Ben, a self-described “97 and a half year-old” Christian brother whose mind is very sharp. 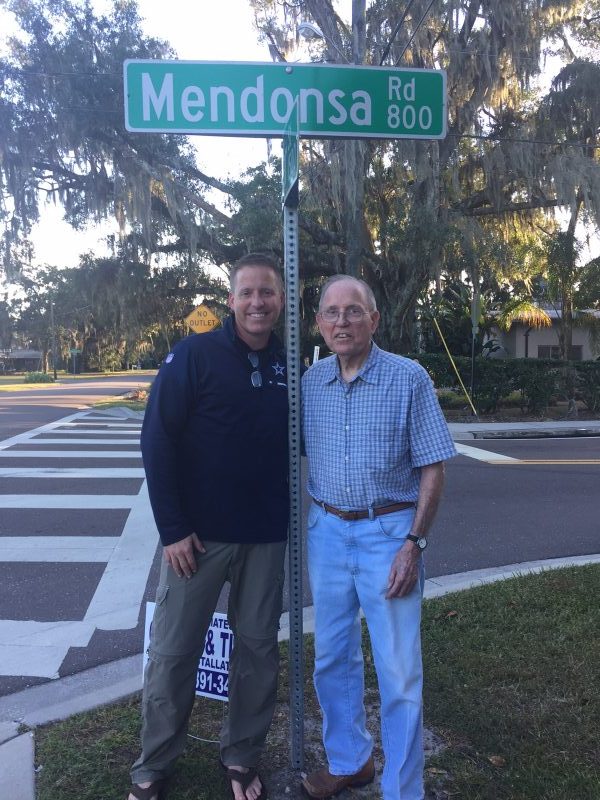 Sadly, Dad soon faced his first major trial, just a few weeks after moving in. Tropical Storm Harvey hit Kingwood, dumping 30 inches of rain on this Houston suburb over 4 days. Arbor Terrace flooded, requiring a boat evacuation of all residents to local Red Cross shelters. Dad later made it to Leslie’s home, where he will spend the next several months living while Arbor Terrace undergoes renovations.

We then enjoyed 4 weeks in McKinney staying with Julie’s mom Nancy and her sister Amy. Nancy, now 78, struggles with dementia and has been dealing with a gradual reduction in her independence and ability to care for herself as a result. Over the last few years, we have watched her go from being the leader of Julie’s family, previously very active and capable in a wide variety of ways, to losing her ability to form sentences and make useful sense of her surroundings on most days. This has been a terrible emotional burden for all of the family at times. But more importantly, her added needs have required that her daughter Amy devote a much greater amount of time and energy to ensuring that Nancy is safe, happy, and healthy. Watching Amy’s love for Nancy and the practical steps she makes to show that love has blessed us immensely. Taking the time to slow down for those weeks, to assume the pace of “Granny” as she weakens, to lend a hand where possible, helped the four of us to grow in new ways. 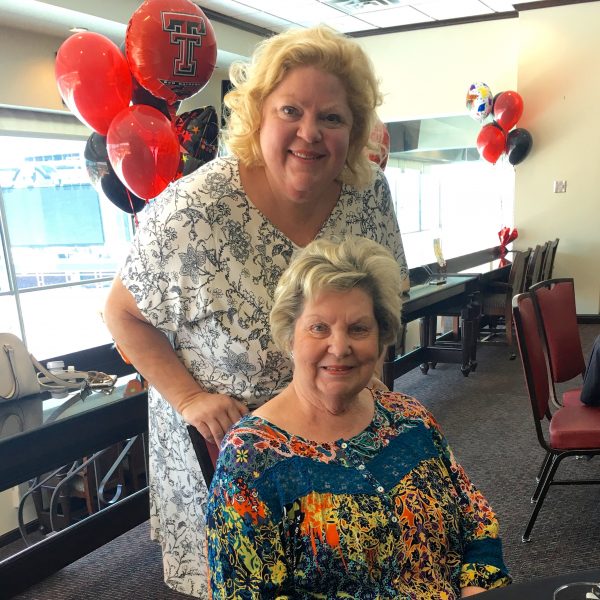 Throughout this period away from Kenya, I got to experience a different Will. The combination of being finished with school responsibilities and the confidence boost he gained from his recent achievements made him unusually relaxed and happy. His unique brand of humor flourished, brightening every room and conversation. He showed up time and again as a servant leader for others in our family. But more importantly, we bonded because of all the time and the fun experiences we shared as father and son. We practiced his driving skills, did odd jobs around the house for Amy, watched movies, had soccer workouts in the Texas heat, and played Topgolf. After soaking in this month of unexpected freedom with Will, I realized in retrospect that it had been a God-given grace, a strengthening of what was valuable before the time slipped by and he was gone.

After a few too-short days spent catching up with my remarkably healthy and sharp 79 year-old mom Sheila in Tyler, the 2 months of blessed distractions had to finally end. Julie’s face began to tighten around the edges again, as we packed our bags in one room, hearing Will do the same thing next door. We resisted the urge to micromanage his efforts, while entertaining every chance to connect, to talk, and to be in the same room for any valid reason. The pain of impending separation had begun to chip away at our joy, and uneasiness was now creeping into the void.

The next day, we boarded a plane to NYC. Our emotions alternated back and forth between excitement for the arrival of Will’s big moment and sadness over our parting in a few short days. Had he really grown up so fast? Was this boyish-looking bundle of everything we loved, but sometimes felt helpless to express, about to live on the opposite side of the world from us? These were those days we’d been told about by friends, trying to gently prepare us for the jarring return to an empty nest after two decades with children around us. 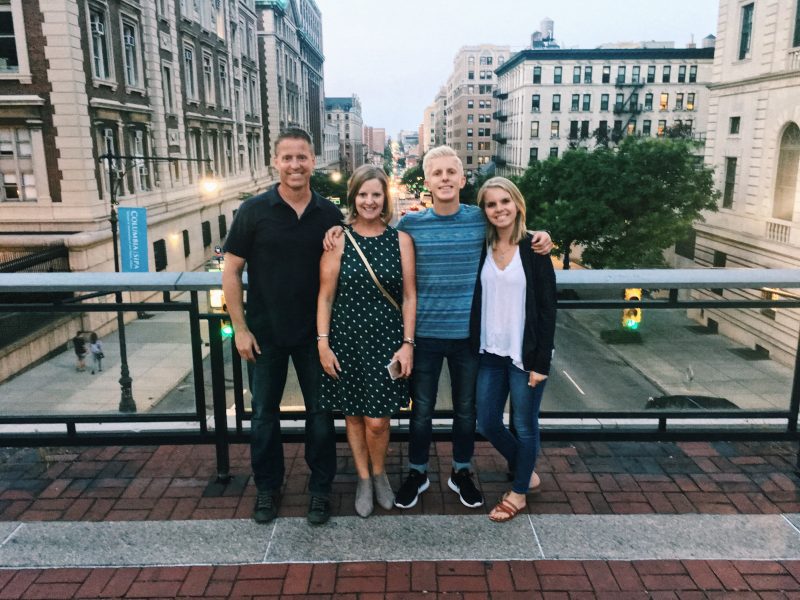 We raced through a few remaining fun times in New York City, a blinding cacophony of noises, sights, and cultures that left me at some points admiring Will’s expanding opportunities and at others fearing he’d get lost in the swirling violence of progress. After a Broadway play, a few good meals, and three sleeps in Harlem at the Aloft Hotel, the big morning arrived. Cheering students lined the entrance to Columbia and escorted us, helping to cart all of Will’s possessions up to the 15th floor of John Jay Hall, to his dorm room overlooking the skyline of Manhattan. Within an hour, his new roommate Ben, a missionary kid from Spain, arrived with his father. Will and Ben quickly made friends and set up their room. What followed was a relative blur, one that ended about 10 hours later in a tearful goodbye after Will’s convocation ceremony. I cannot say that I saw it coming, regardless of the buildup. 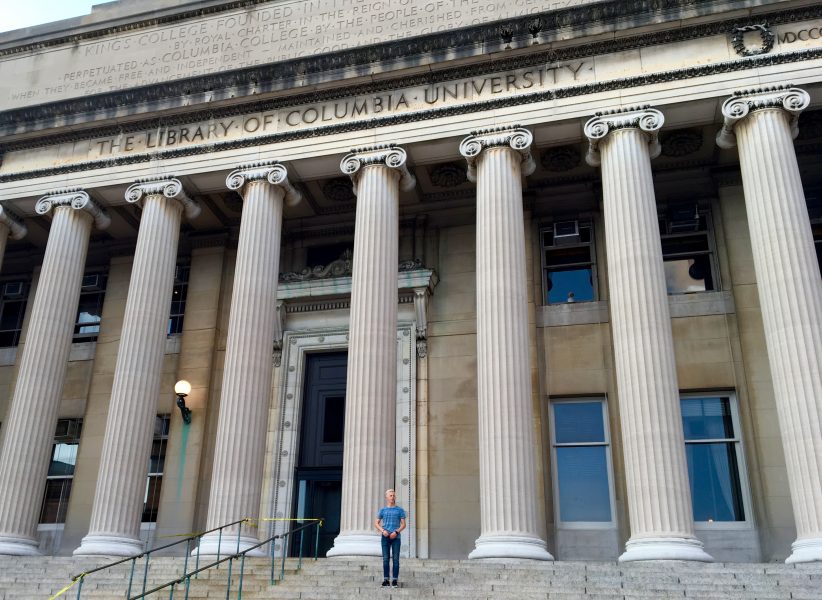 In Ecclesiastes, God tells us that He has set eternity in the hearts of men. I believe that we carry within us an often-suppressed ache for ceaseless, carefree days when we will never again be separated from those we love. Perhaps this longing remains as a vestige from Eden, before the Fall, when we walked closely in unbroken communion with God. As He created us, our Father lovingly planted in us a seed of yearning for unbroken togetherness with Him and with each other. Sin then fractured everything in creation, but most especially our relationship with Him. Our relationships with each other began to suffer from a myriad of Fall-related hindrances that prevent their full enjoyment and pleasure. Work, illnesses, separation by time and space, disagreements, busyness, competing needs, differences of opinions, sinful patterns, addictions, forgetfulness, bitterness, and misunderstanding are but a few of the reasons why mankind will never recapture relational Eden here on Earth. Yet deep inside, as if we carry a divine remnant in our DNA, we sense at times that there will be a day when we are Home again, together forever and fully free of our constant busyness and burdens. Our Father, the very origin of perfect and indescribable love, must also long for that homecoming.

I am going to miss Will terribly. There will be a quiet void in my heart and in our home that only he can fill. Though I grieve this loss, I do not truly want a different outcome, for this is the time-bound pattern of God that we have been called to for these finite years on the broken side of Glory’s shores. Our sons and daughters grow ­– given as gifts to be loved unconditionally and enjoyed – and then we must release them gracefully in stages, at crucial points of disconnection on their path to independence.

Will has always been a good son, and has made me so very happy and proud as a father. I have a heart full of memories stored up, like a love chest that I can visit on the worst days when I miss him. For now, I’m finding that too hard to do just yet. I want to think instead of Will’s future, and of how resolute and strong he appears when I look him in the eyes. I remind myself that he will continue to learn life skills, make lifelong friends, and live the man-life that God scripted for him. I stop to study his features, seeing behind them a true champion, a serious thinker and a strong individual who will stand apart from the crowd for the strength of his convictions. But most importantly, I smile when I am with him, because he is wonderfully likeable, witty, and a faithful friend. All these traits keep my heart at peace as I wait for those later days ahead when he is a husband and a father, because they reassure me that he will fit the bill well. 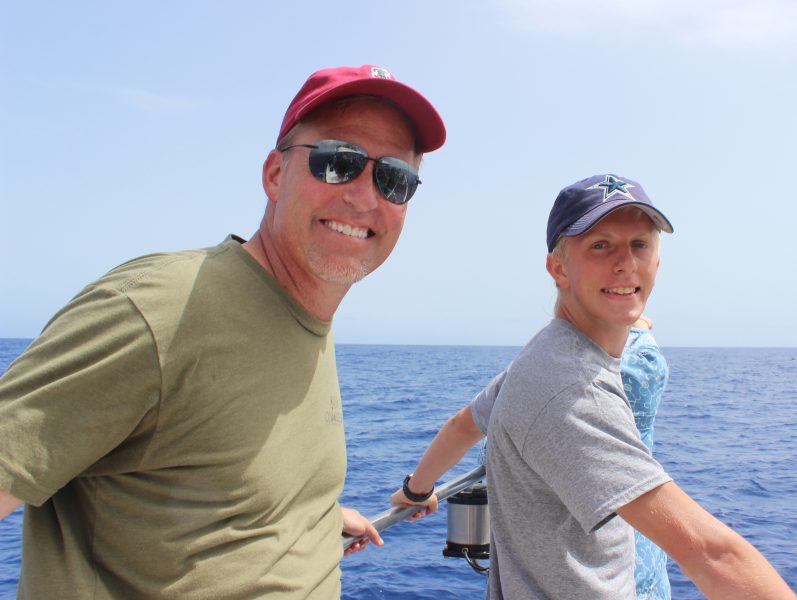 So go Will, with all your willful potential, as your ancestors from Madeira did, and make your own mark now. We will continue our work in Kenya, and watch the calendar until our family is together again on one continent. On those days when the melancholy of time’s hold on everything creeps in, please remember boldly the promise of eternity, and press on joyfully. Though this life is indescribably wonderful and brief, as if we are trying to grasp the substance of beauty while it escapes through our clumsy fingers, this is not all there is. For He has promised us that we are going to an unimaginably glorious Place, one unaffected by earthly limitations such as time, space, evil, suffering, and death. And on that Day, the passing of a day will never matter again.