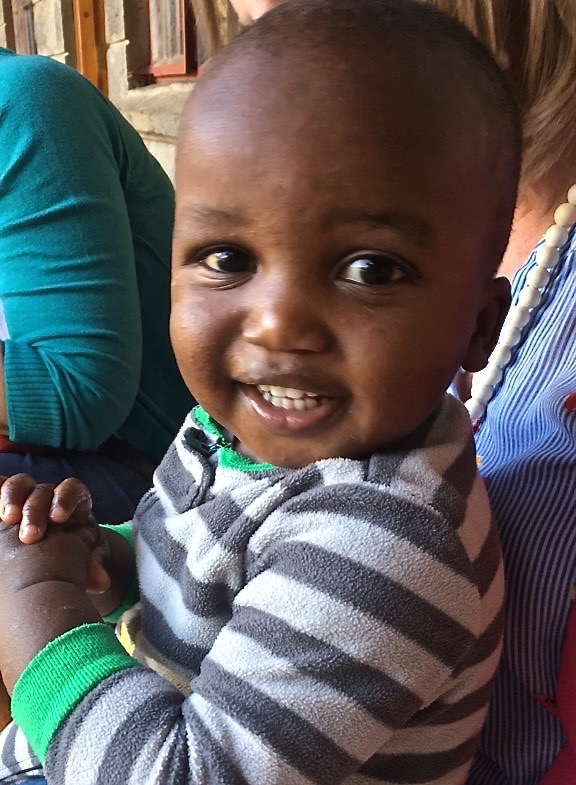 Each of us is born with 100 billion relatively unconnected brain cells, all that we will ever possess. These separate during fetal development into different domains in the brain, areas that later specialize for receiving inputs from our 5 senses, controlling automatic functions like our heartbeat and breathing, processing emotions, formulating speech, and a host of other critical functions. By adulthood the average human brain has wired itself, with 100 billion living neurons connecting through a quadrillion chemical synapses. This entire complex process is tied to a carefully scripted DNA code found at the microcellular level, too small for an eye to see. That script, a 20th century discovery, only further betrays the identity of a Writer, as does the glorious complexity of His ongoing work inside every hardened skull.

I have often found divinity in the simple exercise of slowing down to marvel, to wonder at how it all comes together in magical experiences that make life more than Darwin’s hollow arguments. And when the worship center in my cerebrum lights up in vivid yellow, His loving thoughts endow mine once again. Perhaps that is the physiological expression of salvation, a thing just below the surface, ready to well up at any time in tears and longing and song.

Hearing his name at the same instant that it escaped my mouth triggered a mental connection that aroused pangs of dormant grief. I knew immediately to look across the table at her, expecting she would mirror my emotions. Fathers share inexplicable emotional bonds with their children. Synapses connect over space and time, neurochemicals mingling with each other despite the laws of science. Sure enough, Emily’s face was twisted by a bittersweet expression, her skin flushed red and eyes brimming with tears.

In February 2018, Sam Baisden, my dear nephew and Emily’s cousin, died suddenly from the catastrophic effects of an accidental gunshot injury at age 25 in Kingwood, TX. When my sister Leslie came to my med school graduation in Galveston in June 1992, she was so excited that he was growing inside her. Sam came into the world the day after Christmas that same year, the first grandchild on my side of the family. He grew up strong and rambunctious, an athlete with a soft heart. Sam ran track and starred in baseball at Kingwood High School. When Hurricane Harvey devastated his community, he and his father Barry spent weeks together as a two man volunteer team doing demolition and restoration work for friends and neighbors in Kingwood. Sam bought his own home in late 2017, only a few miles from his parents. 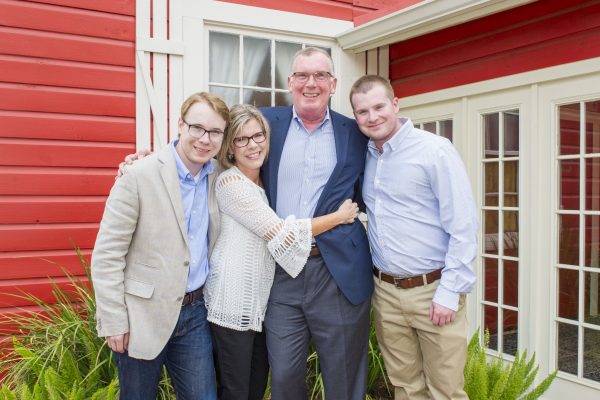 Just a few months later, he was gone forever. We didn’t get to tell him goodbye. The void Sam left has not been filled, and may remain as an ache for years to come. Pictures of him and the things he once possessed do him no justice. We want to be with him again, but cannot. He has been taken away for now, his death a jarring reminder of life’s impermanence.

I, like the cheerful Stanford team members and a collection of Naomi’s Village and Cornerstone staff, had been listening to Julie deliver some wonderful news over lunch at Ubuntu Café in Maai Mahiu, Kenya. She recounted how Susan Brown, a Christian Union leader on this Stanford team, prayed for a baby to come to Naomi’s Village long before her trip. Then, just that morning, Julie had heard from social worker Flo about an abandoned 15-month-old baby boy named Samuel at the Safe House in Naivasha. We were asked to consider taking him at Naomi’s Village, and our leadership team agreed to do so.

As she mentioned his name, Julie added that she felt Samuel didn’t sound right for a baby, but we already had a toddler named Sammy. The obvious next choice then popped into my head and out of my mouth – “Sam”.

And that is when I knew God had done this. Choking back my emotions, I stepped away and called Leslie, waking her up at 5:30 a.m. in Texas to tell her the news. God had brought us a little Sam, by His grace, as a blessing. Our loving Father, always intentional and perfect, does not leave us alone and hopeless in our brokenness. He intended for us to know through this act that life was not over, though mourning may last for a time.

The rest is mere icing on a joy cake, the usual stuff of Naomi’s Village fairy tales. Sam turned out to be a chunky, warm, lovable boy who fit right into our family. In all the days since Jan 27, 2011 when the dream began, I can scarcely remember a happier one than his arrival day, when our 84 kids and a dancing crowd of adults paraded Sam across the lawn and into the great room. He seemed to love every minute of the revelry, showing no signs at all of stranger anxiety, despite his age.

Yet beneath all that newfound joy was an undercurrent of melancholy, a reminder that life’s losses can never fully be swallowed up by these triumphs. I tried hard to hold them back, but tears still fell for Sam Baisden, a boy I missed every bit as much as the day I last hugged him in November 2017.

Standing there in a room swirling with frenzied excitement and colors, I realized anew that our best moments have a bittersweet hem. Life is a brilliant and messy ride, not unlike the best roller coaster ever, but with unexpected and terrifying explosions along the way. 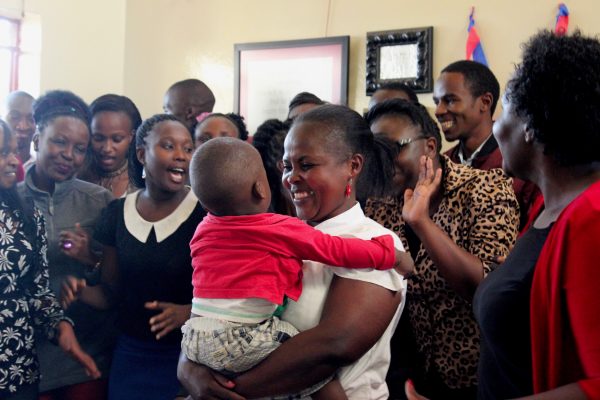 Finding Sam’s cherubic face in a sea of others, I saw him for what he is, a gift of coming moments, days, weeks, marked by both joy and sadness – a gift of life and love and uncertainty…a gift of God. 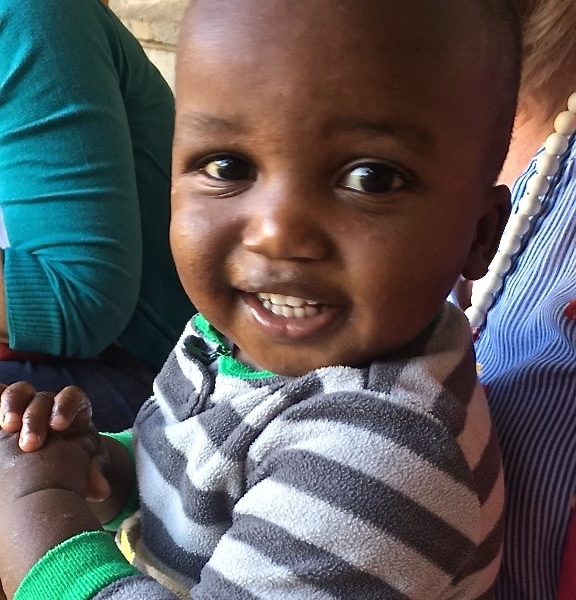 The Lord gives both death and life;
he brings some down to the grave but raises others up. – 1 Sam 2:6 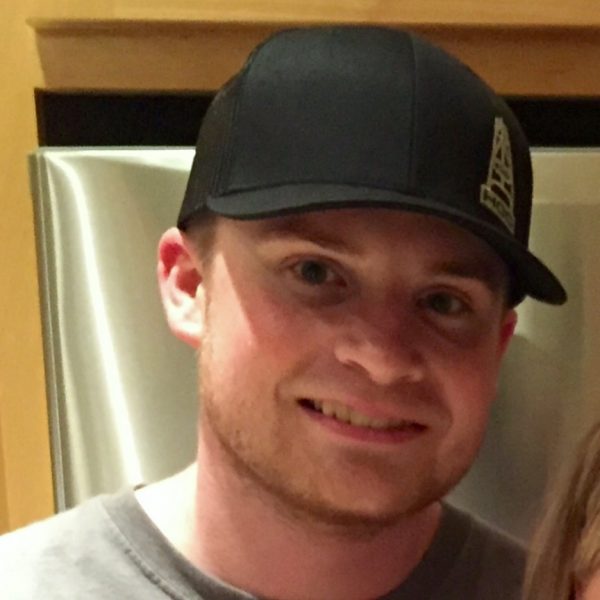