“We can choose to ignore the risks and harm done to children who grow up in a world without books or stimulating activities, whose natural curiosity is crushed early on, who are isolated from the world of learning beyond their individual neighborhoods. Or we can choose to use our knowledge to fund programs that fundamentally change their odds, breaking the bleak cycle of poverty and disadvantage. We cannot afford to continue the status quo.”            – Susan B. Neuman, Fmr. Asst. Secretary of Elementary and Secondary Education- US Dept. of Educ. 2001-2003

“There is always one moment in childhood when the door opens and lets the future in.” – Graham Greene

We had long imagined the arrival of this day in our future, to see the tender faces of a bunch of hopeful preschoolers, and to stand in a place fit to start building their dreams early. After years of working with children in various poor communities in the Great Rift Valley of Kenya, analyzing their essential needs and the provisions available to families living in conditions of cyclical poverty, we had come to some deep-seated convictions.

We saw that all very young children, regardless of country or family resources, carried within their hearts the same innocent belief in a boundless future for themselves. But as a child born of disadvantage grew up in the sobering realities of poverty, innumerable obstacles begin to chip away at future dreams, and hope silently slipped away. Unbridled optimism that once appeared as a warm sparkle across the small face of a toddler chattering about being an astronaut, firefighter, president, or “dragon driver” then faded into a dull stare of hopelessness by adolescence. To witness the loss of that divine essence in a child’s eyes was to come face to face with the consequences of inaction, of indifference. We had recoiled often enough at this sight, and we yearned instead to preserve, and even more so to fan those earlier sparks into the mighty flames of tomorrow’s success.

But apart from this, we had independently realized the inefficiency, and sometimes futility, of expending resources primarily on adults in an impoverished community. For as much as we might throw a stone in any direction and find adults in need of our assistance, it began to dawn on us that ministering to this group brought little overall value to ending the generational cycle of poverty. Just as boosting the tapering flight of a descending rocket could not possibly have the same effects on its trajectory as amplifying its initial launch, our own experiences and studies from the literature bore out the fact that funds were best spent on children in the earliest years of life. Perhaps the most thorough study of this topic to date had been undertaken by Nobel laureate in economics, Dr. James Heckman, whose work evidenced that the greatest “bang for the buck” came from funding early childhood intervention. His conclusions are best summarized by the following simple graph: 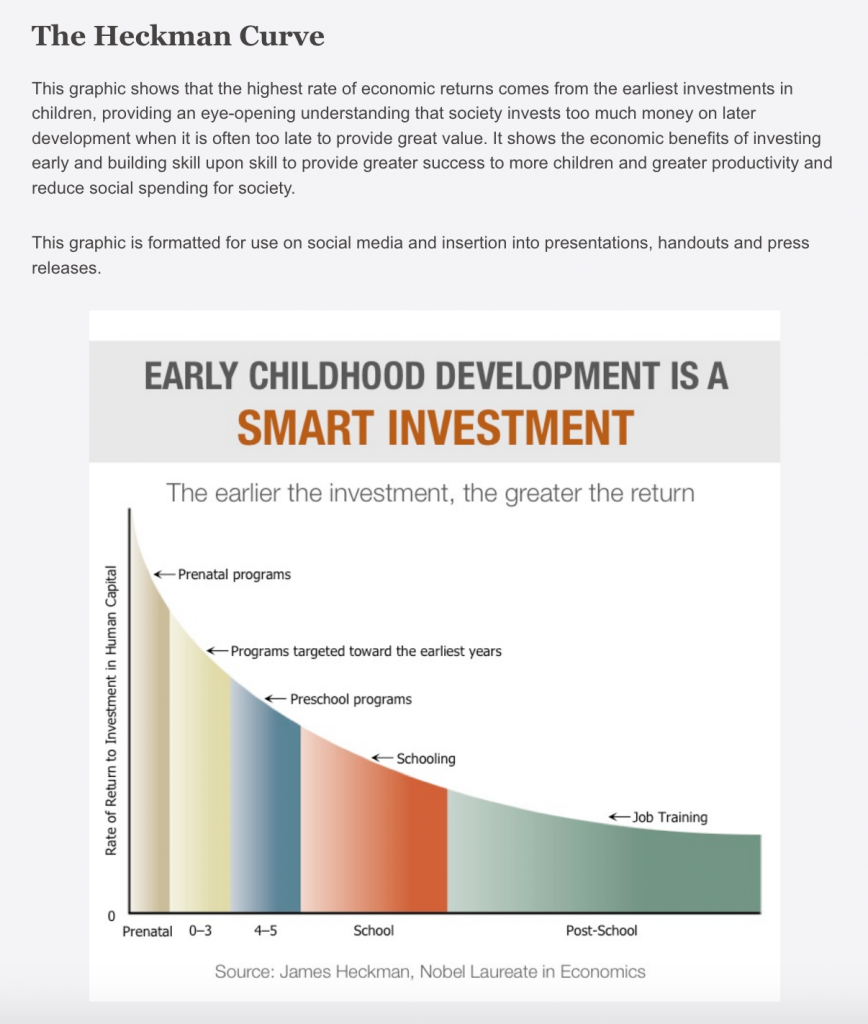 Finally, we had collectively arrived at a settled conviction that we wanted to help, with our whole hearts, to do whatever it took to help as many children to flourish as possible. This task had not been assigned by the lesser master of Obligation, whose duty-bound impetus would surely not sustain us on the road ahead, where the specter of failure loomed on difficult days. No, we had instead been called to our feet by the best herald of all, the Holy One who promised Joy as a better reward. We had tasted of this Godly elixir before, while witnessing the peaking of a grin on a once dimmed affect, or standing with eyes full of tears as “tough cases” received their academic awards at the end of a school term at Cornerstone Preparatory Academy. We needed no more motivation than to know that to start earlier meant more of that joy, both theirs and ours.

And so it was that we gathered with the six new community pupils and their eager mothers in the Naomi’s Village dining hall on a recent Monday morning, to share with them our excitement about what every tomorrow holds for their children and the nine NV kids who will join them in making up the inaugural class of LEAP Academy (we will enroll 60 per year eventually). Our orphanage grounds – mostly vacant on school days because the older children are down the highway at Cornerstone – will be their beautiful new campus. With its playground, grassy soccer field, trampoline, classrooms, dining facilities, playroom, and built-in security and administrative functions, these children are already blessed with facilities that far exceed the average preschool in Kenya. To say that Mercy, Grace, Faith, Susan, Daniel, and Yvonne were gushing with excitement as they took it all in seems cliché, but sometimes only one word perfectly captures what went down. 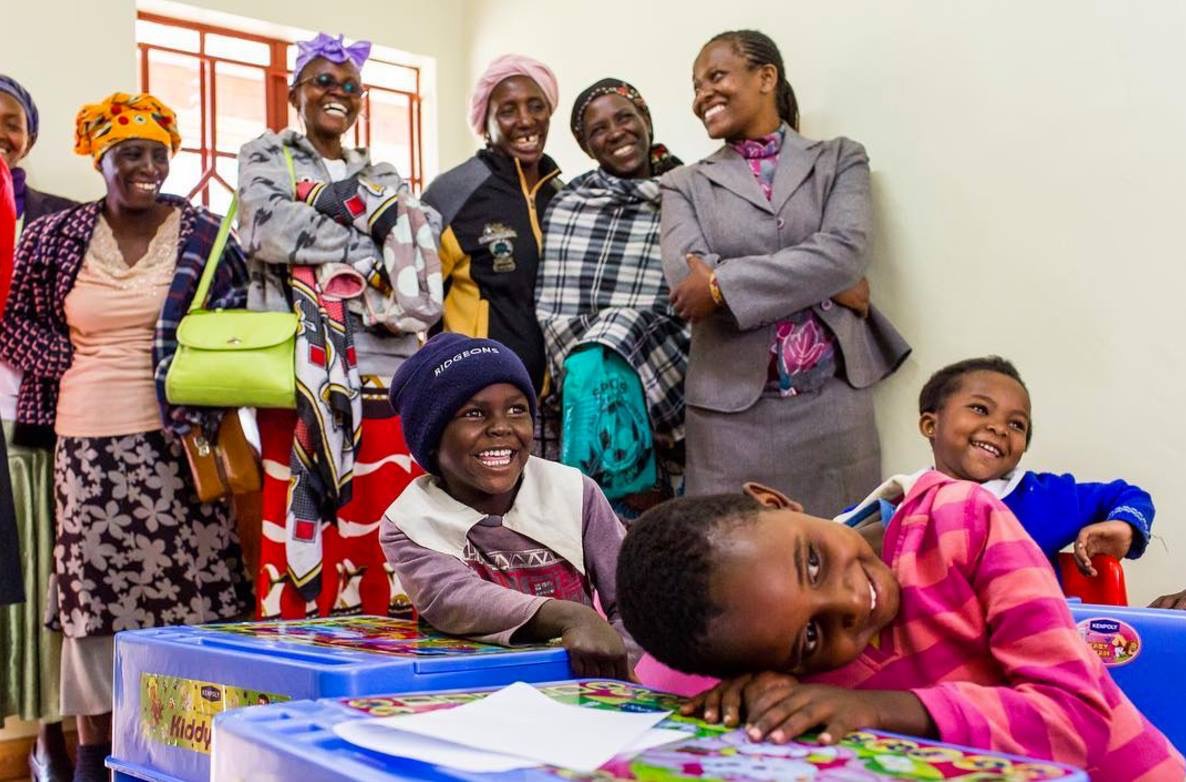 LEAP stands for Literacy, Enrichment, Academics, Play. Our fourfold approach to early childhood education is summed up in this simple acronym.

L: We intend to expose our children to as many words, in more than one language, through rich literacy programs that begin now. Books and training will be provided for mothers and other caregivers. Singing, reading, and talking to young children will be promoted in the home and throughout the school day.

E: Our children will go on field trips and outings, but will also be given a variety of hands-on learning opportunities on a daily basis in order to enrich their education and broaden their worldview. Music, art, sports, and other exciting activities will be part of life at LEAP, so that our students’ brain wiring is stimulated maximally during this critical period in their development.

A: We will provide some structured time every day, with a focused curriculum, to prepare our students academically for kindergarten at Cornerstone Preparatory Academy. Trained teachers will teach during these times, and we will follow a Kenyan curriculum.

P: We will utilize play-focused learning through various stations such as sandpits, water tables, play kitchens, toy carpentry workshops, blocks, etc. Our preschool has already prepared the necessary toys, learning tools, and facilities in order to make this part of our program successful.

By seeing each new child as a hope-filled treasure with boundless potential, and then committing to provide all that is necessary for that child to advance, we fully expect future success for individual children, families, and communities. We do not accept that cycles of poverty must forever spin unabated. Our concept of LEAP Academy is that it will be like the sharp end of a wedge that will be driven into generational cycles of poverty, beginning the process of forever disrupting them in local families through their youngest children. This disruptive action, when replicated in thousands of families through LEAP and Cornerstone Preparatory Academies, will lead to lasting community change over the coming decades. 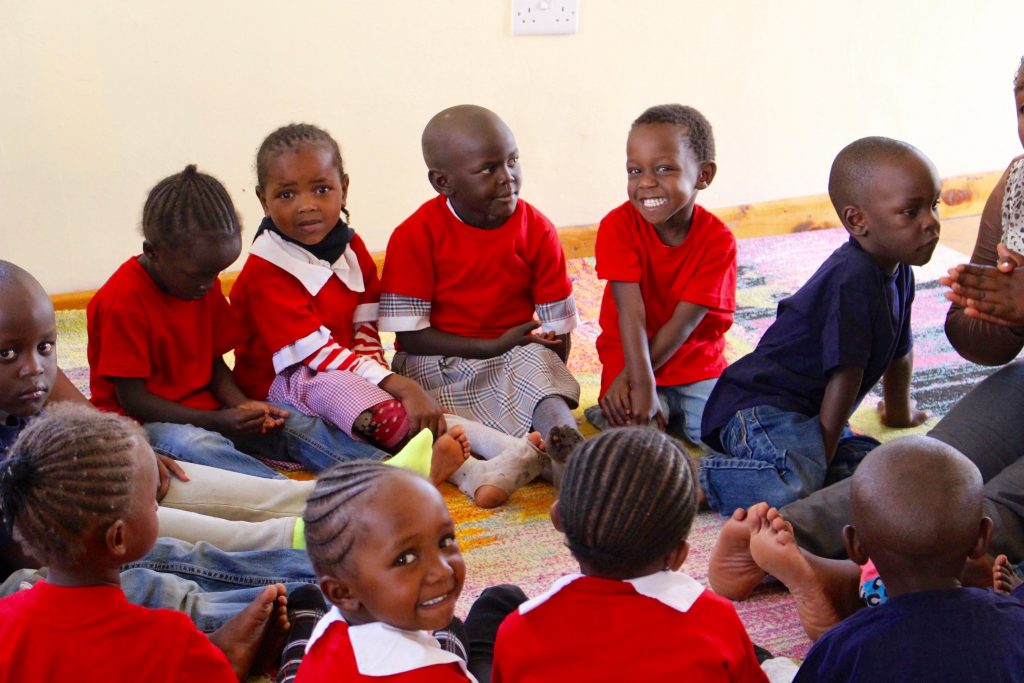 So what can you do to join in the effort? Please make a one-time gift today towards some facility upgrades that are necessary to prepare for new students (to make a one-time gift, click here). Sponsor a LEAP Academy preschool student for $33/$66/$99 or $132 per month and become a real and living friend to him or her (our sponsorship programs are dynamic and fun for both sponsors and kids – to start your sponsorship, click here). But most of all get ready to watch the sky for this inaugural group of tots as they fuel up early, get lit like individual fireworks, and then are launched to trace their own unique and glorious arcs over the beauty and tragedy of Life. If you pay attention to who they are now, then one day you too will nod knowingly when you look up and find they have reached their greatest potential, and were not denied any reasonable dream.