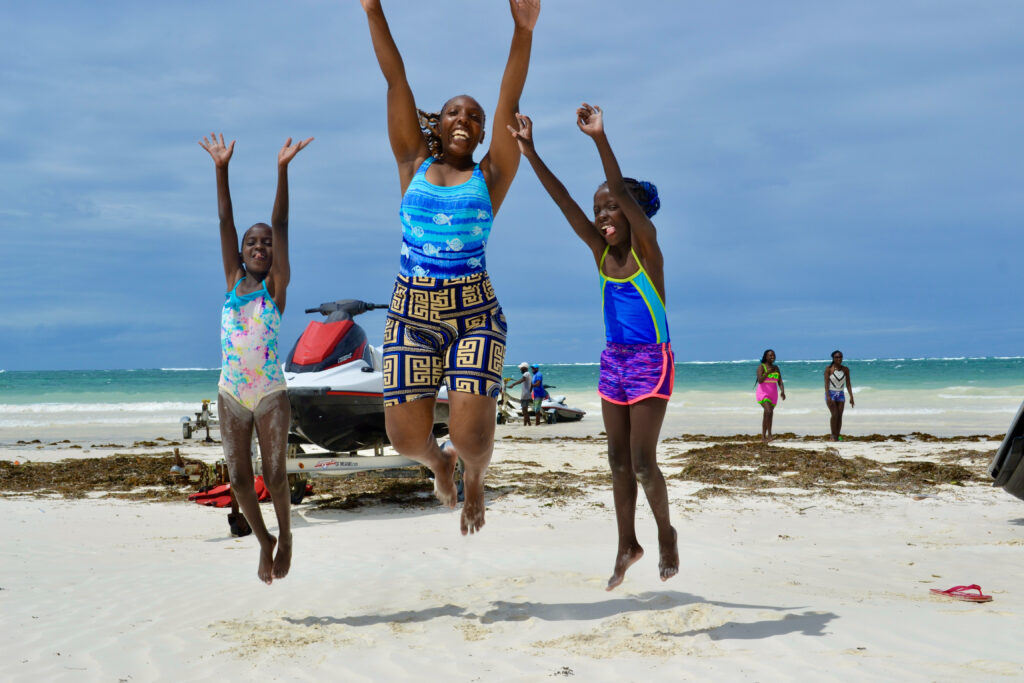 “A happy family is but an earlier heaven.”

For over 30 years as a student, resident, and practicing physician, I analyzed patients and made treatment decisions using the scientific method. A patient’s symptoms led me to formulate a hypothesis about what might be wrong, based on a head full of knowledge gained in medical school, residency, private practice, and continuing medical education. This hypothesis, sometimes referred to as a provisional diagnosis, was then tested empirically by carrying out a physical examination, ordering additional studies, or sometimes by prescribing a short course of medication to gauge its effect on the symptoms. Observations were made about the results of these tests or interventions that either proved or disproved my original hypothesis, leading me to choose a treatment plan for the patient based on evidence.

This structured approach led to far better outcomes for my patients than if I had relied on gut feelings or hunches.  I also learned early in my career not to short circuit this important process by jumping to conclusions based on test results provided ahead of time without first getting a medical history and examining a person in need of my help. After all, arriving at an answer without first knowing for sure what the problem is can be shortsighted and dangerous. Furthermore, people can never be represented or summarized on the basis of numbers and data compiled from tests. They must be listened to, understood, and cared for as human beings with unique concerns, fears, pains, and needs.

It was through that lens that I took a determined look at our Naomi’s Village family recently while it was away from Maai Mahiu relaxing at the beach in Mombasa. As I listened carefully and paid attention to the 101 children and staff who came to the coast, it was unmistakably clear that they were happy and healthy, with few hints of toxic stress or worrisome conflicts. I came away reassured that our children and staff are growing and developing properly in families, handling various daily challenges with minimal dysfunction, and headed for long and vibrant futures.

On a Monday afternoon the Naomi’s Village family arrived like a sudden wave of happy crashing on the shores of Baobab Resort in Diani Beach, Kenya. Despite leaving Naomi’s Village at 3:30 a.m. and traveling cross-country on a train, our kids still had wonderfully positive attitudes as they unloaded bags, checked into rooms and changed clothes for dinner. The youngest (ages 5-6) were aptly referred to as the Itty-bitties. The rest of the adolescents were grouped into 5 squads for activity purposes – Lions, Hippos, Leopards, Elephants and Giraffes. Our 25 teens were given ample freedom to choose their locations and activities, as is appropriate in all cultures.

What followed were 5 days of exuberant, child-directed play spread across two resort pools, a sprawling beach, and miles of crisscrossing sidewalks that separated artistically built lodges, massive baobab trees, countless flowering bushes, and ponds full of native fish. Curious vervet monkeys entertained us from the soaring treetops above with daring commando attacks on our plates of sweets, silly antics, and displays of their parkour skills. An energetic staff of chefs, waiters, activities personnel, acrobats, housekeepers, and others took great care of our kids, allowing them to spend time enjoying the food, rest, and play. We have rarely seen so much laughter and peace on the faces of our children, who get few chances to leave the rural setting of the Great Rift Valley and enjoy such diverse experiences like this. 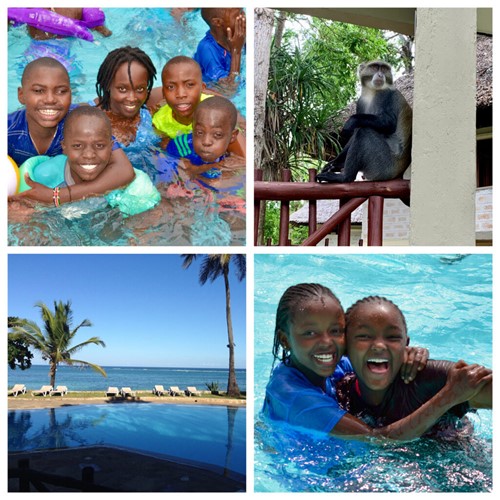 During slow, leisurely meals, dozens of novel foods appeared from the buffet on each child’s plate, becoming source material for stimulating conversations and more laughter. Relationships strengthened as we slowed our paces to sit and engage, notice the little things, and become more deeply aware of the value of every person at our table.

After dinner and evening entertainment, the children and staff slept in big comfy beds in air-conditioned rooms with balconies. Nestled among soft tree branches aglow from the flickering blue of the Indian Ocean beyond, they dreamt undisturbed all night.

Every child learned to swim, and those who already could swim helped to teach the newbies. Some of our adults had never swam before, which made for lots of cheering as they showed off newfound skills and displaced thousands of gallons of water in the process. One popular swimming venue, known for its free-of-charge pizzas and other snacks, was simply dubbed the Pizza Pool. 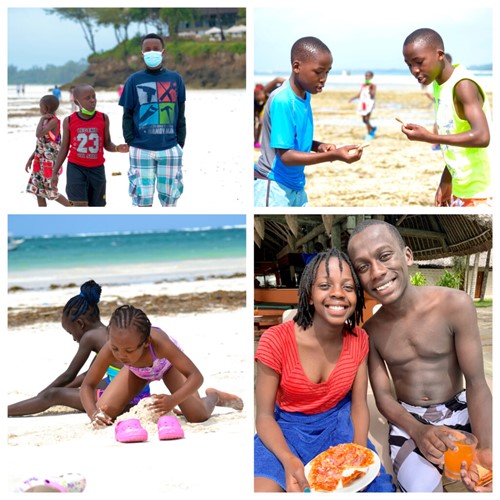 As I took it all in, rich days fading into gentle nights, a settled calm came over me. I had the data necessary, but more than that, I had spent time with the patient. And my, was she beautiful and interdependent, a thing so full of God’s love and too rich for words. Ten years had passed since we opened Naomi’s Village, and we were getting it right.

Bruce D. Perry, a renowned author and expert on the care of traumatized children, said it best, “Fire can warm or consume, water can quench or drown, wind can caress or cut. And so it is with human relationships: we can both create and destroy, nurture and terrorize, traumatize and heal each other.”

If only we knew the depths of the wounds that were once delivered to these children of ours by those to whom they were previously entrusted. I only know a bit of what they endured, and it grieves me. Your hearts and mine could not bear to hold it all in.

But the story did not end in hopeless suffering for them, thanks to you and to our wonderful team of Kenyan caregivers. When God raised His only Son Jesus from that sealed tomb, the blood of His redemption seeded a new promise in each of them that they might also live out a better and brighter tomorrow. Because we believe in Him, death has become life, fear has become love, and the old things are quickly fading.

What once was so broken has become incredibly beautiful and healthy again, right before our very eyes. I’d like to think it took 10 years and a myriad of fancy inputs, but in the end it was God working through the hearts of thousands of overwhelmingly loving people. I have witnessed them nurturing and healing our children in too many ways to count. 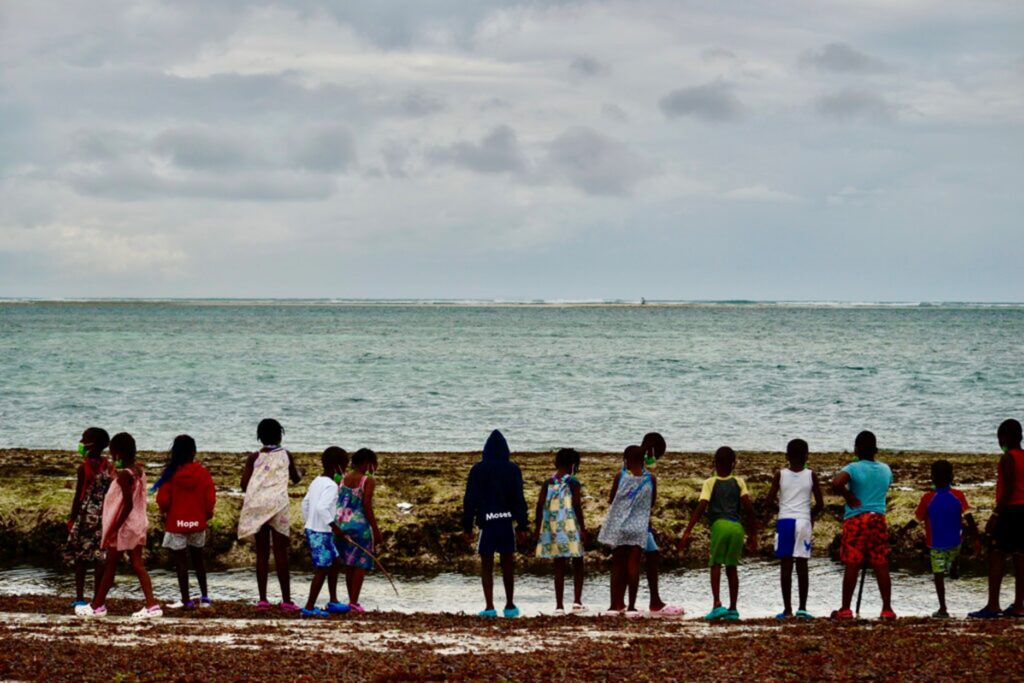 Just as waves appear on a shore and surprise, sometimes even terrify children at first, they recede and return, becoming new and familiar, then kind and refreshing, the very substance of a huge and wonderful thing that was never meant for their harm to begin with. Children, if given opportunity to go back there often, gain an unspeakable yearning to be near the ocean, and a sense that it, among all earthly places, will remain constant and alive and welcoming. So it is with God, whose power can wash away pasts, fill the present with joy, and set the scene for a future worth longing for.